Imagine to dock at the Ancient Rome’s main seaport, walk through streets made of big lava stones, attend a show in a roman theatre or sip a drink in a typical bar of that time, you are discovering the magic of Ostia…. Kissed by the sun and caressed by the marine nearby sea. 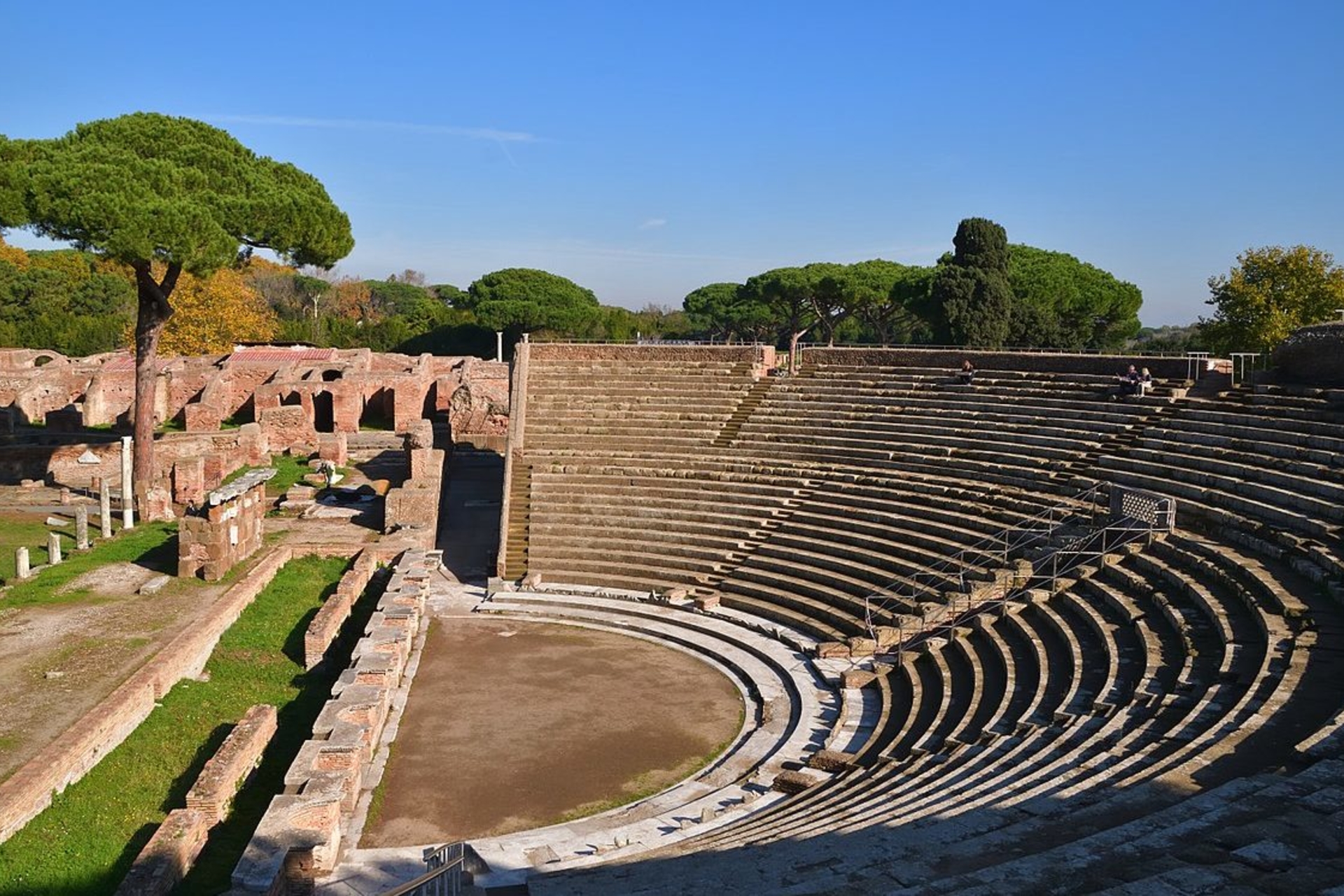 Ostia Antica is a major archaeological site located near Ostia’s contemporary suburbs (Rome). Ostia was Rome’s harbor, located at the mouth of the Tiber River. It is known for its exquisite frescoes and outstanding mosaics, as well as the remarkable preservation of its historic structures.

Ostia may have been Rome’s first Colonia in terms of history. According to an inscription, Ostia was built in the 7th century BC by Ancus Marcius, Rome’s semi-legendary fourth monarch. The earliest archaeological relics uncovered thus far date from the fourth century BC. The Castrum (military camp) and the Capitolium (temple of Jupiter, Juno, and Minerva), both of which date from the 3rd century BC, are the most Ancient Rome structures now visible.

The Opus Quadratum technique, which was used to construct the walls of the ancient Castrum at Ostia, contains vital evidence for the Roman urbanization practices utilized throughout the Middle Republic.

It began as the ancient port of Rome, trading market for food and goods, becoming a small town near Rome.

The archeological area today still retains that roman character: a central Forum with the Temple of Jupiter, Minerva and Juno, Thermal baths, its bars ( thermopolia), laundries (follonicum), small and large temples, the main shopping areas (piazzale delle corporazioni), a large theatre (where we’ll have fun role- playing unusual characters , and perform funny scenes of that time). We’ll discover ,step by step, this ancient city, walking on the pavement of the Augustan age, enjoying the warmth of the Sun and the gentle breeze coming from the nearby Tyrrhenian sea. 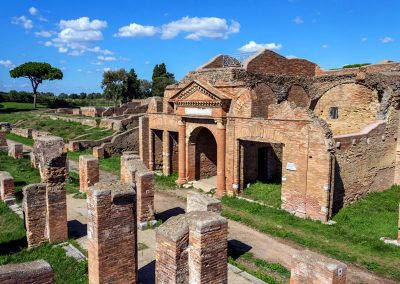 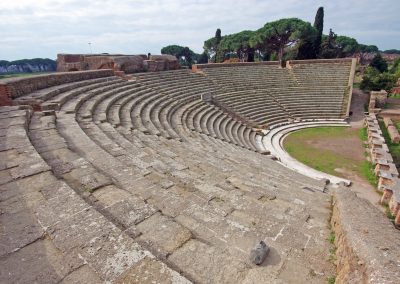 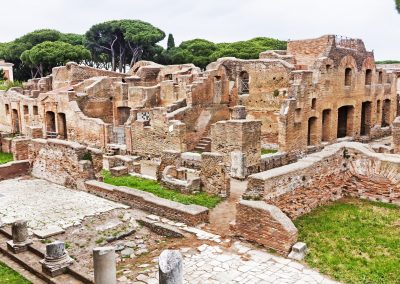 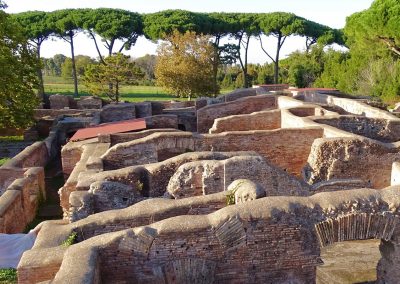 Please write here your inquiries and request of booking and I'll answer shortly.

Make sure to write: telephone number and e-mail contact.

I'm looking forward to hearing from you!